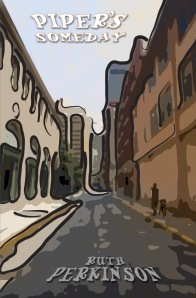 It seemed as though life couldn’t get any worse for feisty, young Piper Leigh Cliff and her three-legged dog, Someday.

After losing her parents and brother in a drunk driving accident, she and her dog are sent to live in what she calls the “grossest looking apartment complex” in Goochland County, Virginia. She’s forced to deal with even more trauma as she’s swept up in a maelstrom that includes her neglectful, verbally abusive grandfather and his cross-eyed lackey friend, Clover – two old rednecks in love with booze, Nascar, and jaunts to the local bar. Left alone to fend for herself, Piper passes the time by shooting basketball, hanging out at her fort, and smoking stolen cigarettes from her grandfather.

Piper’s luck begins to change, however, when two women, a postal worker and a graduate student, move in just three doors down. All three begin to forge a relationship despite her grandfather’s warnings to stay away.

When someone attempts to have his way with Piper, the wheels of fate go into motion, leading everyone to the county pound, juvenile domestic court, and a revelation that will change the course of Piper’s life forever. When her own Amber Alert goes off, Lord knows what will happen next.

Piper and Someday must learn the meaning of survival both with and without each other.  And, along the way, the lessons of shame, guilt, and what it means to be loyal resound in the most unexpected ways.